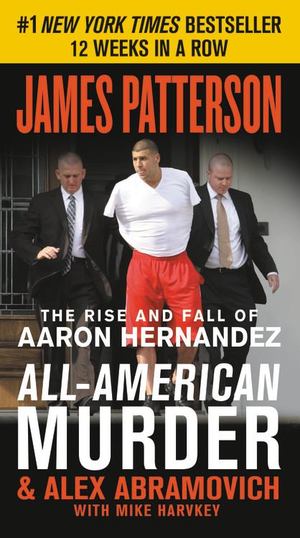 James Patterson, Alex Abramovich, Mike Harvkey (As told to)
The first book to investigate Aaron Hernandez's first-degree murder conviction and the mystery of his own shocking and untimely death. A #1 New York Times bestseller for 3 months. Aaron Hernandez was a college All-American who became the youngest player in the NFL and later reached the Super Bowl. His every move as a tight end with the New England Patriots played out the headlines, yet he led a secret life--one that ended in a maximum-security prison snd suicide. What drove him to go so wrong, so fast? "Ripped from the headlines . . . Combining in-depth, investigative reporting and fresh interviews, the authors effectively tabloid-proof this shocking, celebrity-driven story by lining up the facts and labeling rumors." --USA Today