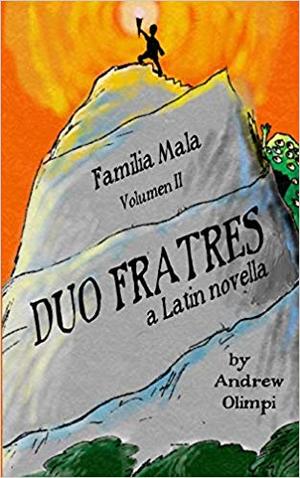 Andrew Olimpi
Sibling Rivalry! Jealously! Theft! Fire! War! Robots! Volcanos! Man-Eating Vultures! . . . And the world’s first brain surgery! After the great war between the Titans and the gods, Titan brothers Prometheus and Epimetheus engaged in a dangerous game of sibling rivalry that escalates into betrayal, theft, and the punishment of the gods in this sequel to Familia Mala: Saturnus et Iuppiter.

5 stars: I loved the book. It's a 5 because of the action and drama. You should read this book if you also like Percy Jackson. - Richard Reynolds, September 2019

4 stars: I think the part I love most about this book is how it randomly changes directions, like when it's talking about gos, it shifts over to the brothers. - Eli Whitcomb, April 2020