History of William the Conqueror 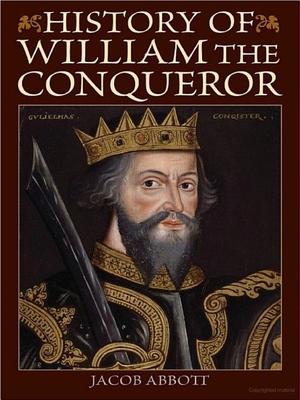 Jacob Abbott
The remarkable life of William the Conqueror, the first Norman King of England, chronicled by one of America’s most respected historians. William the Conqueror’s reign transformed England forever. Born in Normandy and promised the throne of England by King Edward, William invaded the country after another contender, King Harold II, took the throne instead. William vanquished Harold at the famous Battle of Hastings, but his new subjects resented being ruled by a foreigner who relied on military might to hold power—and suppress their many revolts. Jack Abbott was one of the most popular and prolific American writers of history in the nineteenth century. First published in 1849 as part of his Illustrated Histories series, this comprehensive volume chronicles William’s life from his illegitimate birth to his calamitous burial. Abbott also delves deep into the Battle of Hastings, with an enthralling narrative that captures the young conqueror’s struggles, ambition, and aspirations. Including a brief history of the Saxon and Danish kings of England and the dukes of Normandy, as well as many original engravings, Abbott’s enduring work will fascinate anyone interested in the political struggles of the Middle Ages.