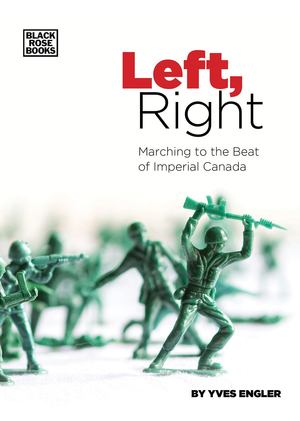 Yves ENGLER
The left is supposed to be opposed to colonialism and at least skeptical of nationalism. However, Left, Right shows that, for decades now, this hasn't been the case in Canada. Yves Engler marshals damning detail on the long, surprising history of support from the New Democratic Party and labor unions for such policies and international interventions as the coup in Haiti, the assassination of Patrice Lumumba, the Bay of Pigs invasion, the Korean War, and much more. The rhetoric of the mainstream left, he shows, has also tended to concede major points to the dominant war-mongering ideology, with prominent commentators such as Linda McQuaig and Stephen Lewis echoing the terminology of right-wing politicians and thinkers. More than simply diagnosing a problem, however, Left, Right offers a path forward, laying out ways to get us working for an ecologically sound, peace-promoting, and non-exploitative foreign policy.