Between the Bullet and the Lie 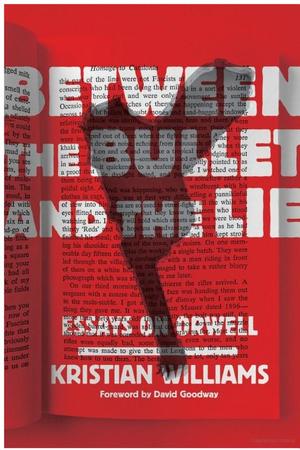 Kristian Williams
"Rather than provide literary criticism or biography, Kristian Williams is most concerned in this felicitous collection to derive George Orwell's method—the process he used to translate personal experiences and worldly explorations into democratic anti-capitalist principles, and convey them to broad audiences in an irresistible fashion." —Andrew Cornell, author of Unruly Equality: U.S. Anarchism in the Twentieth Century Old debates about democracy vs. socialism vs. fascism are back. Missing from today's versions are the voices of moral clarity, those that challenge us to be our best selves in difficult times. Kristian Williams has mined the intellect of a man who, sixty-seven years after his death, still has much to offer readers. Between the Bullet and the Lie highlights the relationship George Orwell sees between aesthetics, ethics, and politics; the difference between honesty and integrity; the corruption of language; the importance of observation and evidence; and the many failures of the Left. The result is not a study of sacred decrees from Orwell, but an application of his thought to political and literary questions that trouble us today. Kristian Williams is the author of Our Enemies in Blue: Police and Power in America, American Methods: Torture and the Logic of Domination, and co-editor of Life During Wartime: Resisting Counterinsurgency.