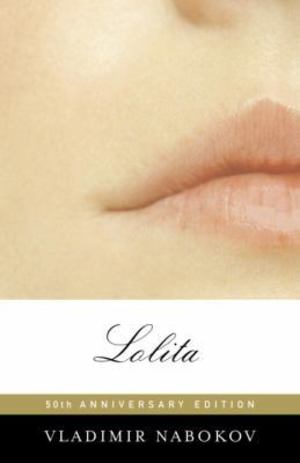 Vladimir Nabokov
Awe and exhiliration--along with heartbreak and mordant wit--abound in Lolita, Nabokov's most famous and controversial novel, which tells the story of the aging Humbert Humbert's obsessive, devouring, and doomed passion for the nymphet Dolores Haze. Lolita is also the story of a hypercivilized European colliding with the cheerful barbarism of postwar America. Most of all, it is a meditation on love--love as outrage and hallucination, madness and transformation.

I found the characters of Humbert and Lolita to be supremely annoying and had to force myself to finish reading the novel. Perhaps I'm just missing something, but I don't see how this is a classic novel.

A soaring prose masterpiece. Wicked, hilarious (especially in its humrous juxtapositions of Old Europe and New America; it is a throughly satirical yet affectionate travelouge), and sublime. Lolita is a morally rich catalouge of cruelty that cannot be ignored. A love story, it is not.

For years, I had wanted to read this novel because I have only ever heard good things about it. This was a fantastic book, and I was not disappointed. The quick descent into a jealous madness was evident, and when Dolores finally left Humbert, I was relieved and glad for her. I couldn't help but be disgusted by him, and yet, I pitied him, in the way one might pity a person who doesn't realize he causes his own distress. It was a fantastic read and well worth all the hype around it.

Nabokov says in his "behind" (rather then in the forward) "...There are at least three themes which are utterly taboo as far as most American publishers are concerned. The two others are: A Negro-White marriage which is a complete and glorious success resulting in lots of children and grandchildren; and the total atheist who lives a happy and useful life, and dies in his sleep at the age of 106".