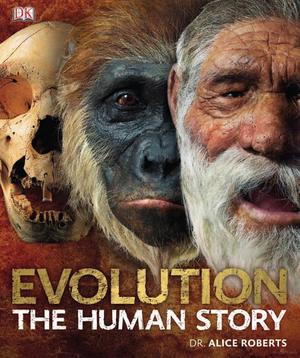 DK
How did we develop from simple animals inhabiting small pockets of forest in Africa to the dominant species on Earth, capable of sending spaceships to the Moon? Traveling back almost eight million years to our earliest primate relatives, Evolution: The Human Story charts the development of our species from tree-dwelling primates to modern humans. Evidence for the earliest primates goes back an astonishing 60 million years, but it was around seven million years ago that some apes started walking on two legs. This was the first sign of human-ness, of a lineage that would teeter on the brink of extinction several times, but would then go on to survive and prosper, providing the ancestors of a species that would eventually colonize every continent of the world except Antarctica-Homo sapiens. Evolution: The Human Story investigates each of our ancestors in detail and in context, from the anatomy of their bones to the environment they lived in. Study of their fossil bones reveals what they ate, how they moved, and even what diseases they had to contend with, while environmental archaeology paints a picture of the world they inhabited. Add to this picture finds such as stone tools, bone and stone carvings, and early art, and Evolution: The Human Story takes on a depth and fascination that is hard to resist.