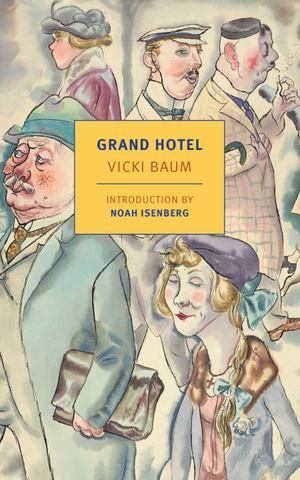 Vicki Baum, Basil Creighton (Translator), Margot Bettauer Dembo (Revised by), Noah Isenberg (Introduction by)
A grand hotel in the center of 1920s Berlin serves as a microcosm of the modernworld in Vicki Baum's celebrated novel, a Weimar-era bestseller that retains all itsverve and luster today. Among the guests of the hotel is Dr. Otternschlag, a WorldWar I veteran whose face has been sliced in half by a shell. Day after day he emergesto read the paper in the lobby, discreetly inquiring at the desk if the letter he's beenawaiting for years has arrived. Then there is Grusinskaya, a great ballerina now fightinga losing battle not so much against age as against her fear of it, and Gaigern, asleek professional thief, who may or may not be made for each other. Herr Preysingalso checks in, the director of a family firm that isn't as flourishing as it appears,who would never imagine that Kringelein, his underling, a timorous petty clerk he'sbullied for years, has also come to Berlin, determined to live at last now that he'sreceived a medical death sentence. All these characters and more, with their secretfears and hopes, come together and come alive in the pages of Baum's delicious anddisturbing masterpiece.