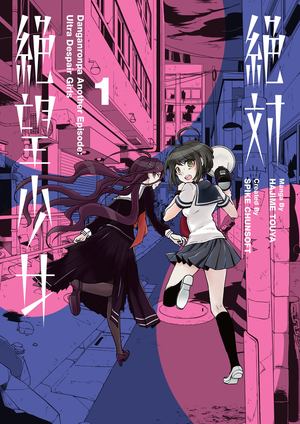 Sucker Punch Sucker Punch Productions
Based on one of the multiple video games in the Danganronpa franchise, Danganronpa Another Episode: Ultra Despair Girls is the missing story that goes between the original Danganronpa: The Animation manga, and the recently published manga series Danganronpa 2: Ultimate Luck and Hope and Despair. Whatever happened to Komaru Naegi, the younger sister of Danganronpa: The Animation's protagonist, Makoto? Like all the family members of the Ultimate Students, she was held under threat to force them to play Monokuma's murder game. But now Komaru's busted out of the apartment complex where she's been prisoner for the last year--out of the frying pan and into the fire of the post-apocalyptic cityscape where cuddly Monokuma robots are only too happy to take out any stray survivors! Komaru finds herself thrown amongst the factions fighting to shape the new world: the Future Foundation, crewed by the original story's Byakuya Togami, and the Warriors of Hope, elementary school kids whose solution is to eliminate all the grownups! Komaru's best chance for survival is the most unlikely one of all--pair up with the original story's gloomy romance author Toko Fukawa...whose alternate personality is the crazed serial killer, Genocide Jack (Jill)!