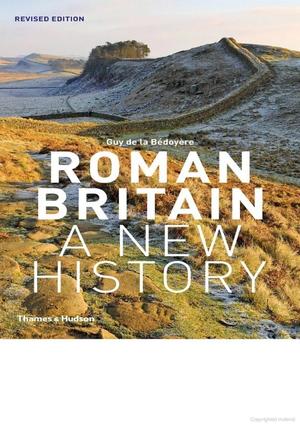 Guy de la Bédoyère
“Lucid and engaging . . . should take pride of place on the bookshelf of specialists and non-specialists interested in Roman Britain.” —Minerva This illuminating account of Britain as a Roman province sets the Roman conquest and occupation of the island within the larger context of Romano-British society and how it functioned. The author first outlines events from the Iron Age period immediately preceding the conquest in AD 43 to the emperor Honorius’s advice to the Britons in 410 to fend for themselves. He then tackles the issues facing Britons after the absorption of their culture by an invading army, including the role of government and the military in the province, religion, commerce, technology, and daily life. For this revised edition, the text, illustrations, and bibliography have been updated to reflect the latest discoveries and research in recent years. The superb illustrations feature reconstruction drawings, dramatic aerial views of Roman remains, and images of Roman villas, mosaics, coins, pottery, and sculpture.