Notes From A Big Country: Journey into the American Dream 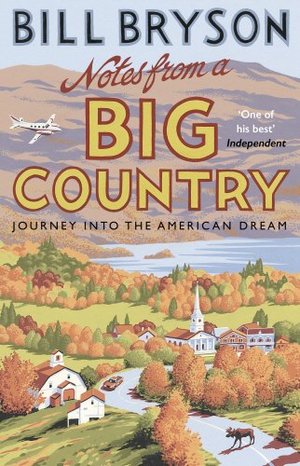 Bill Bryson
Bill Bryson has the rare knack of being out of his depth wherever he goes - even (perhaps especially) in the land of his birth. This became all too apparent when, after nearly two decades in England, the world's best-loved travel writer upped sticks with Mrs Bryson, little Jimmy et al. and returned to live in the country he had left as a youth. Of course there were things Bryson missed about Blighty but any sense of loss was countered by the joy of rediscovering some of the forgotten treasures of his childhood: the glories of a New England autumn; the pleasingly comical sight of oneself in shorts; and motel rooms where you can generally count on being awakened in the night by a piercing shriek and the sound of a female voice pleading, 'Put the gun down, Vinnie, I'll do anything you say.' Whether discussing the strange appeal of breakfast pizza or the jaw-slackening direness of American TV, Bill Bryson brings his inimitable brand of bemused wit to bear on that strangest of phenomena - the American way of life.