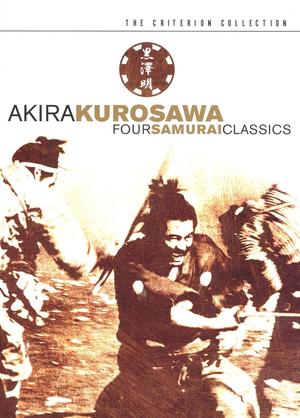 Akira Kurosawa
Leading off the set of four Akira Kurosawa classics is Seven Samurai (1954), unanimously hailed as one of the greatest masterpieces in the history of the motion picture. It was the inspiration for countless films modeled after its basic premise, but has never been surpassed in terms of sheer power of emotion, kinetic energy, and dynamic character development. The story is set in the 1600s, when the residents of a small Japanese village seek protection against repeated attacks by a band of marauding thieves and hire seven unemployed "ronin" (masterless samurai), including a boastful swordsman (Toshiro Mifune), who is actually a farmer's son desperately seeking glory and acceptance. The climactic battle remains one of the most breathtaking sequences ever filmed and one of Kurosawa's crowning cinematic achievements.