Girl With the Dragon Tattoo, The 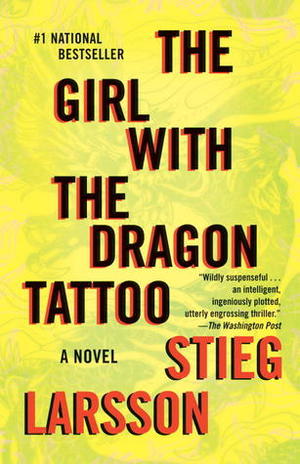 Stieg Larsson
A spellbinding amalgam of murder mystery, family saga, love story, and financial intrigue.... It's about the disappearance 40 years ago of Harriet Vanger, a young scion of one of the wealthiest families in Sweden...and about her octogenarian uncle, determined to know the truth about what he believes was her murder. It's about Mikael Blomkvist, a crusading journalist recently at the wrong end of a libel case, hired to get to the bottom of Harriet's disappearance...and about Lisbeth Salander, a 24-year-old, pierced and tattooed genius hacker possessed of the hard-earned wisdom of someone twice her age, who assists Blomkvist with the investigation. This unlikely team discovers a vein of nearly unfathomable iniquity running through the Vanger family, astonishing corruption in the highest echelons of Swedish industrialism - and an unexpected connection between themselves.