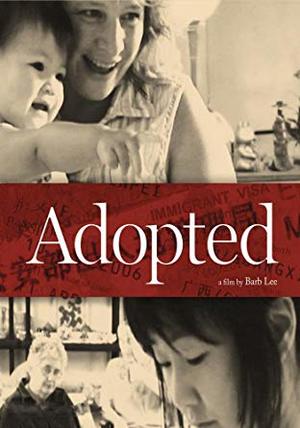 Barb Lee
Of the 1.5 million adopted children in the United States, international adoptees are the fastest growing segment - and most adopted are Asian girls. While many of their stories are heartwarming and play into our self-image of American compassion and generosity, the realities are much more complex. According to the Journal of the American Medical Association, adoptees have significantly more behavioral problems than non-adopted children. Adopted reveals the grit rather than the glamor of transracial adoption. Director, Barb Lee, goes deep into the intimate lives of two well-meaning families and shows us the subtle challenges they face. One family is just beginning the process of adopting a baby from China and is filled with hope and possibility. The other family's adopted Korean daughter is now 32 years old. Prompted by her adoptive mother's terminal illness, she tries to create the bond they never had. The results are riveting, unpredictable and telling. While the two families are at opposite ends of the journey, their stories converge to show us that love alone isn't enough to make a family work.