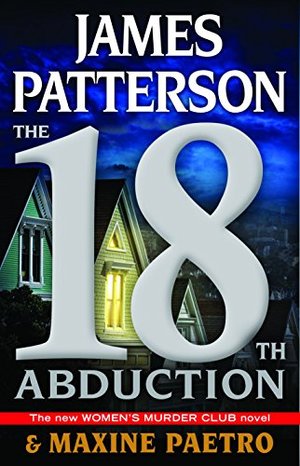 James Patterson, Maxine Paetro, January LaVoy
Detective Lindsay Boxer's investigation into the disappearance of three teachers quickly escalates from missing persons to murder in the newest Women's Murder Club thriller. For a trio of colleagues, an innocent night out after class ends in a deadly torture session. They vanish without a clue -- until a body turns up. With the safety of San Francisco's entire school system at stake, Lindsay has never been under more pressure. As the chief of police and the press clamor for an arrest in the "school night" case, Lindsay turns to her best friend, investigative journalist Cindy Thomas. Together, Lindsay and Cindy take a new approach to the case, and unexpected facts about the victims leave them stunned. While Lindsay is engrossed in her investigation, her husband, Joe Molinari, meets an Eastern European woman who claims to have seen a notorious war criminal -- long presumed dead -- from her home country. Before Lindsay can verify the woman's statement, Joe's mystery informant joins the ranks of the missing women. Lindsay, Joe, and the entire Women's Murder Club must pull together to protect their city, and one another -- not from a ghost, but from a true monster.