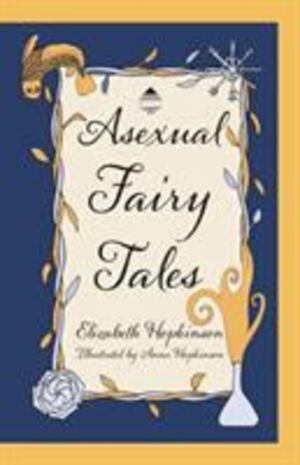 Elizabeth Hopkinson, Anna Hopkinson (Illustrator)
Almost everyone knows the familiar fairy tale ending: the prince marries the princess and they live happily ever after. Or do they?Once upon a time, our ancestors were much more honest and open about the spectrum of human sexuality. Among the fairy tales and myths they told were stories of androgynes, neither male nor female; of women and men who resist sex and marriage for other kinds of love; of chaste romances, miraculous childbirth and bodily transformations. These are the asexual fairy tales you will find in this book.These tales come from many places: from Grimms' Fairy Tales to The Thousand and One Nights, from Greek mythology and Arthurian legend to the silent films of the 1920s and from Scandinavia to Japan. Retold, reimagined, and sometimes reinvented as new stories for the 21st century, these stories will change the way you think about fairy tales, and bring asexuality out of the closet.