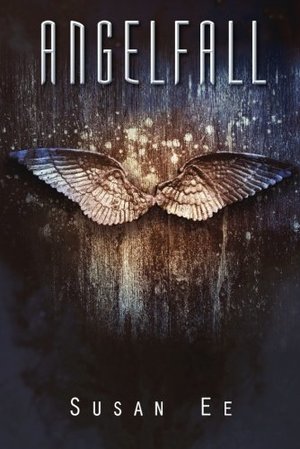 Susan Ee
It’s been six weeks since angels of the apocalypse descended to demolish the modern world. Street gangs rule the day while fear and superstition rule the night. When warrior angels fly away with a helpless little girl, her seventeen-year-old sister Penryn will do anything to get her back. Anything, including making a deal with Raffe, an injured enemy angel. Traveling through a dark and twisted Northern California, they journey toward the angels’ stronghold in San Francisco, where Penryn will risk everything to rescue her sister and Raffe will put himself at the mercy of his greatest enemies for the chance to be made whole again.

This is not my kind of book, but my wife asked me to read it. I think it's a good start from a new author in the YA market. If I were a 13 year old girl I probably would like this a lot more.

@leahsobsession
Reviewed: 2016-05-26
One that is stuck with me...Six stars This is my review I wrote about 3 months ago:

I loved this book...and I am trying to be patient while I wait for the second book to come out. I actually read it about 7 months ago, and I finally decided to write a actual review. I bought this book when it was 99¢, and now its 2.99, and it is so worth that price (so buy it). It is good (really good, actually) paranormal, not over the top, stupid paranormal.