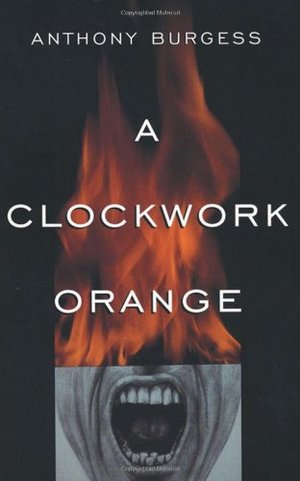 Anthony Burgess
The only American edition of the cult classic novel.A vicious fifteen-year-old "droog" is the central character of this 1963 classic, whose stark terror was captured in Stanley Kubrick's magnificent film of the same title. In Anthony Burgess's nightmare vision of the future, where criminals take over after dark, the story is told by the central character, Alex, who talks in a brutal invented slang that brilliantly renders his and his friends' social pathology. A Clockwork Orange is a frightening fable about good and evil, and the meaning of human freedom. When the state undertakes to reform Alex—to "redeem" him—the novel asks, "At what cost?" This edition includes the controversial last chapter not published in the first edition and Burgess's introduction "A Clockwork Orange Resucked."

@michinio
Reviewed: 2020-06-09
There are many many many reviews of this extremely popular book. And there are many positions, points of views, literary breakdowns and so on. But I want to share the emotions and the experiences a 12-13-year old soon-to-be a teenager had in the dark 1990s of Republic of Georgia, in the midst of the very painful transformation from being quite successful and rich republic in USSR to morally, ethically and socially devastated country with practically no laws, no police, ghost government and no social services whatsoever.

Life was miserable - no running water, no natural gas, mostly no electricity, vouchers for bread (even that required several-hour queues with no guaranty that when the bread is delivered, it would be enough for everybody). This implied no heating, no money and so on. People lived mainly on agriculture (thanks god, Georgian climate is more or less ok) and some humanitarian aid (free products frequently sold due to corruption at all levels).

By that moment, for the majority of boys, starting from school age, success meant one thing - being a mob. Everybody knew the basic principles of the codex of so called "Thief world" (ქურდული სამყარო) and many tended to live life according to those principles. I was an outcast - somebody who maybe not really wanted to, but anyway still tried to be a "good boy" at school, loved reading, learnt music - therefore was a model destination for the local bullies. And, believe me - being a bully in Europe or US is one thing, and bullies of post-soviet country - absolutely another one.

So, by the moment I read [b:A Clockwork Orange|227463|A Clockwork Orange|Anthony Burgess|https://d.gr-assets.com/books/1348339306s/227463.jpg|23596], the main result was that I understood how most people of my age thought and reasoned. Don't think that I lived in the isolation from their society - I still played, fought, made friends with them. I was part of that environment and the fact that I did not participate, did not mean that I have not witnessed - I have seen how people are beaten, I have seen how people starve, I have seen how a man was stubbed into the heart and died on my eyes, I was also beaten, starved and couple of times robbed. But I could never understand why do they do that! And after reading this book, I understood - that is the easiest and cheapest type of having fun.. that was not about living, it is about fun! The only barriers are ethical rules and the laws. So, when they weaken - nothing can prevent people from having such fun.

And when I realized this, immediately I became superior to my fellow citizens - because they still have not done anything close to what I did, while being Alex. They tried to teach me how to break a lock and I smiled and told that I've done much more than they could even imagine. and this is a power of a great author - when protagonist's experiences and memories become yours.