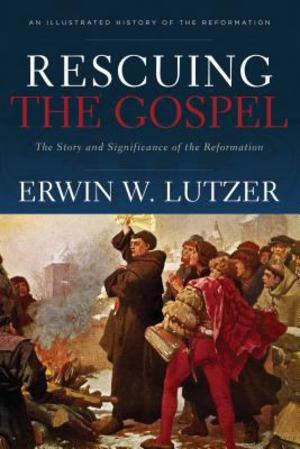 Erwin W. Lutzer
The Riveting Story of the Reformation and Its Significance TodayThe Reformation unfolded in the cathedrals and town squares of Europe--in Wittenberg, Worms, Rome, Geneva, and Zurich--and it is a stirring story of courage and cowardice, of betrayal and faith. The story begins with the Catholic Church and its desperate need for reform. The dramatic events that followed are traced from John Wycliffe in England, to the burning of John Hus at the stake in Prague, to the rampant sale of indulgences in the cities and towns of Germany, to Martin Luther nailing the Ninety-Five Theses to the door of the Castle Church in 1517, to John Calvin's reform of Geneva. Erwin Lutzer captures the people, places, and big ideas that fueled the Reformation and explains its lasting influence on the church and Western Civilization.