Harry Potter and the Chamber of Secrets (Book 2) 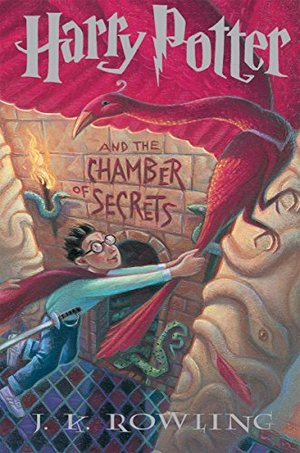 @kirbyb
Reviewed: 2021-02-04
4.43
@ashleybcrowley
Reviewed: 2021-01-27
This is my least favorite Harry Potter book (and second least favorite movie adaptation). Still slaps though.
@bwmorris
Reviewed: 2021-01-11
No
@nathansexten
Reviewed: 2020-12-20
These books are just so much fun.
@nickscully
Reviewed: 2020-06-29
Possibly my favorite books of the series. Things aren't too serious or dark yet, but there is plenty of suspense and mystery.
@aeshley13
Reviewed: 2020-03-24
I think I liked this one better than the first. I like meeting even more characters and learning more books and subjects!
@fourfreedoms
Reviewed: 2019-05-17
Reading this again, this time in English, I see that I must never judge a book by its translation. The English original of this book feels almost entirely different, and much more engaging, than any of the translations I have read.
So, happily, I read this again because I've recently seen it described as a #YAlit #Whodunit, and decided to look at it as one model for a mystery storyline, as I practice writing in various genres.
@colesmith92
Reviewed: 2018-01-14