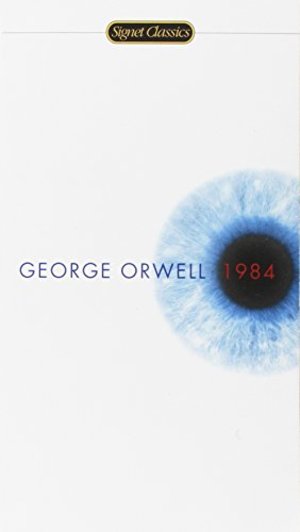 I admit I only read this at first so people would think I was smart but then I really did enjoy it. It was such a terrifying look into a future we all hope will never come to pass.

I finished this not five minutes ago, and I need to vent my frustration. This book is brilliant. You dare to hope for a happy ending, it allows you to hope, and when it destroys you, you have no choice but to love it.

If I could geek out about Newspeak for three seconds: the fact that your experience of the world is entirely dependent upon your absurdly poor ability to express yourself is fascinating. My heart.