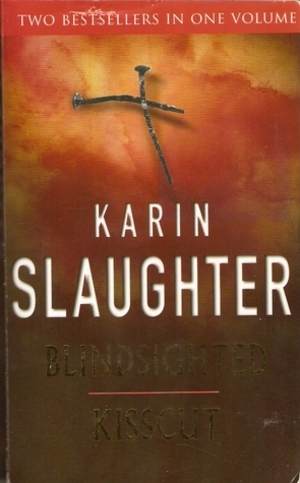 Slaughter, Karin
A small Georgia town erupts in panic when a young college professor is found brutally mutilated in the local diner. But it's only when town pediatrician and coroner Sara Linton does the autopsy that the full extent of the killer's twisted work becomes clear. Sara's ex-husband, police chief Jeffrey Tolliver, leads the investigation—a trail of terror that grows increasingly macabre when another local woman is found crucified a few days later. But he's got more than a sadistic serial killer on his hands, for the county's sole female detective, Lena Adams—the first victim's sister—want to serve her own justice. But it is Sara who holds the key to finding the killer. A secret from her past could unmask the brilliantly malevolent psychopath .. or mean her death.