House on Mango Street, The 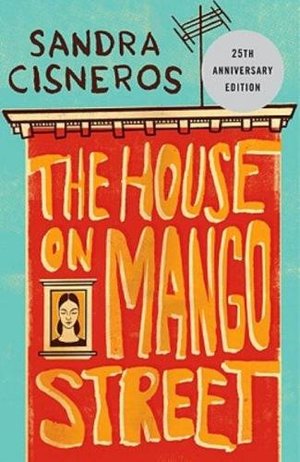 Sandra Cisneros
Acclaimed by critics, beloved by readers of all ages, taught everywhere from inner-city grade schools to universities across the country, and translated all over the world, The House on Mango Street is the remarkable story of Esperanza Cordero. Told in a series of vignettes – sometimes heartbreaking, sometimes deeply joyous – it is the story of a young Latina girl growing up in Chicago, inventing for herself who and what she will become. Few other books in our time have touched so many readers.

@aliceqpenguin
Reviewed: 2020-05-27
I'm giving this one the benefit of the doubt, rating wise. I wasn't really into it, but I still recognized that it's an amazing book.
@fourfreedoms
Reviewed: 2019-05-17
While I can understand the pull this work had for many people, I could not finish reading it because it struck far too deeply into the recesses of a place I have had to work for many years to cover up and hide away. The first chapter already had me nearly in tears, a bit surprised at how similar my experience moving constantly up in NJ could have been to this described experience in Chicago. And with similar pipes.

Sorry, I am certain that this work deserves more than 2 stars, but that is all I can muster the emotion to give it, right now. Maybe I will come back to it again in a few years for a second reading with a newer perspespective.
@timmykandilis
Reviewed: 2019-03-29

Read it during my high school years for English Lit class and I still enjoyed the book very much. Very easy to understand and like the way the story was written

An analysis essay from the semester of Fall 2016, English Lit. for High School English Teachers.

The chapter “Cathy, Queen of Cats,” from the novel The House on Mango Street by Sandra Cisneros gives the reader a glimpse into the social hierarchy within Mango Street. This chapter is the first in the novel to provide insight into the neighborhood of Mango Street, and includes several rapid-paced micro-vignettes to expose a deteriorating world. In the chapter, Cathy, a girl who grew up on Mango Street, narrates a walkthrough of characters for her new neighbor, Esperanza. Esperanza comes from an impoverished family, and has just moved into a run-down house next door, the same week that Cathy’s family is moving out.

As Cathy speaks, the reader learns that Mango Street is suffering from white-flight. Cathy’s family, and other white families, move “a little farther away every time people like [the Corderos] keep moving in” (13). Cathy’s father, who built their house (21), decided to move because, “the neighborhood is getting bad” (13). However, we learn later in the story that Cathy’s family is also not as well-off as Cathy might imply to Esperanza, and their reason for moving out is not because they afford to move, but to avoid the low-class Hispanics moving into the neighborhood. Cisneros uses the stuck-up perspective of a young girl to dialogue about white-flight, and how cultural isolation can create fear and prejudice.

At the beginning of this chapter, Esperanza and Cathy have just met. Cathy introduces herself by inserting, “I am the great great grand cousin of the queen of France” (12). The chapter’s narration then bounces from Esperanza to Cathy and back throughout the passage. If I was teaching this chapter, I might begin by asking students what perspective the passage was told from, and why. I might ask, “Is Cathy white or Hispanic?” but I believe her to be white, since she claims relatives in France. Cisneros uses a lot of Cathy’s voice to highlight the contrast between the thoughts of the two girls. The snobbish, prejudicial comments from Cathy show how she sees the neighborhood: In her eyes, it is a low-class dangerous place, with questionable neighbors. She is obviously scared of the people around her, because she doesnt understand the incoming culture. I would want students to come to these conclusions on their own from the text. Cathy mentions two girls that are “raggedy as rats,” and warns Esperanza against them. However, in a later chapter we learn that those two raggedy girls become Esperanza’s close friends, Lucy and Rachel. Esperanza even chooses Lucy and Rachel over Cathy as a friend in the next chapter, when Cathy wants to avoid them. Lucy and Rachel are Esperanza’s people, Cathy is excluded because of her own pride.

A class might need a little leading to discover that Cathy’s house is actually falling to pieces. I might ask the question, “Do you think keeping all of these cats were intentional?” or “Do you the steps were really built crooked?” Her house is over-run with a cat infestation, and another chapter later in the novel it states the house “is wooden. Inside the floors slant. Some rooms uphill. Some down. And there are no closets. Out front there are twenty-one steps, all lopsided and jutting like crooked teeth” (22). Cathy dismisses the crooked steps by saying that it is intentionally crooked so the rain falls off. I might have the class discuss Cathy’s housing situation, and compare it to Esperanza’s description of her dream house from the chapter “The House on Mango Street.”

After completing a general reading, with some interpretation, I would fully dive into interpreting the text with a class. Cathy feels the need to create this imaginary superiority from Esperanza, Lucy, and Rachel, because she feels prideful and ashamed about her own life. She is starting to lose her friends; Alicia doesn’t like her, Lucy and Rachel are distasteful and beneath her, and Esperanza is new. As the neighborhood floods with more Hispanics, Cathy and her family begin to feel displaced and out of their element. They are an isolated white family in the midst of a booming Hispanic neighborhood and it’s growing uncomfortable, regardless of the economic problems. As in the chapter “Those Who Don’t” (28), Mango Street is a safe neighborhood for “brown people,” because they know each other and they share a culture. For Cathy’s family, however, their culture is no longer a part of the neighborhood, and they feel scared and outnumbered. The feelings of superiority, or being prejudicial, are defense mechanisms for the fear that Cathy has toward their neighbors.

In the paragraph describing the cats, Cisneros uses a lilting, poetic rhythm with delightful images: “Baby cats, big cats, skinny cats, sick cats. Cats asleep like little donuts… Cats taking a walk on the dinner table” (13), and she makes it seem like a cat wonderland, when it is actually an atrocious infestation. By sprinkling in “sick cats” and the absurdity of so many cats, Cisneros tucks in an undertone of the poor condition of the house. Cathy also claims to be related to the queen of France. She says someday they will inherit a huge estate, and they are just in the slums temporarily. I would ask my class about whether these things are true or false, leading to the question of why Cathy feels the need to embellish her stories. The title, “Cathy, Queen of Cats,” is excellently-crafted, because Cathy is definitely not French royalty, but she still pretends to be a princess in her run-down, cat infested kingdom, so that she can feel better about her situation.

To take the discussion further, I might ask a class their own opinions about the passage. Should we pity Cathy, even though she’s mean, hypocritical, and prejudicial? Was her prejudice or imaginative story-telling an appropriate response to her fear? Was it right for her family to move away, just because “the neighborhood is getting bad?” Should she have assimilated into the Spanish-speaking world, or is moving out the best thing to do to preserve her own culture? Which is more important, living in a community that exclusively shares your culture, or living isolated in someone else’s culture to have more diversity?
I also might ask a class to imagine turning the tables; what if Esperanza had grow up in a
neighborhood that was slowly growing more white (with the same economic class)? Would she
feel out of place, coming out of a Hispanic culture? Would she want to leave, too?

I want my class to come out of a study on this chapter realizing how cultural isolation can manifest itself in things like fear, or prejudice. It is important to know that neighborhoods and people groups can gain false reputations because of a cultural gap, and that this is one of the main factors contributing to the importance of studying other cultures.

To me this story is about the loss of innocence. It is tragic and touching I only wish I had read it later when I could have better understood it.

I LOVED this. Brought me to tears. Very quick read.
-mm