Battle of the Crater, The 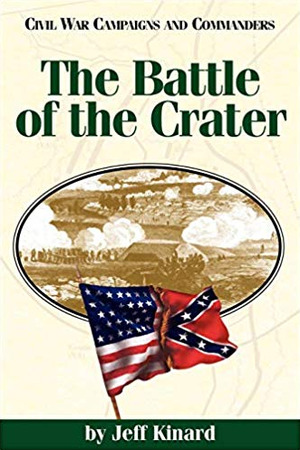 Jeff Kinard
July, 1864. Grant's siege of Petersburg is at a standstill. A Federal command of Lt. Colonel Henry Pleasants, secures the reluctant approval of Generals Meade and, ultimately, Grant to pursue an outrageous strategy: tunnel under the Confederate trenches, and blow up the Confederate troops. The 586 foot tunnel is completed in a month. Four tons of powder explode in a devastating surprise attack, killing hundreds of Confederate soldiers. Fearing bad publicity, white soldiers are substituted for the division of black troops specially trained for the assault. Ill prepared, and without leadership, they charge through Confederate lines and swarm around and incredibly, into the 170 foot crater, only to be trapped and slaughtered in a furious counter charge. An absorbing story of extraordinary bravery and incompetent leadership based on first-person accounts.