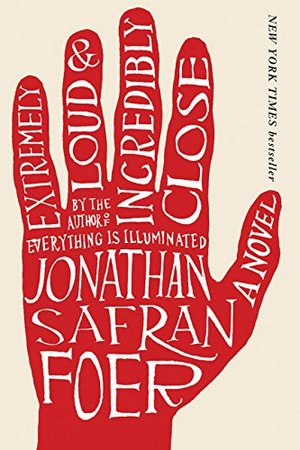 Jonathan Safran Foer
Jonathan Safran Foer emerged as one of the most original writers of his generation with his best-selling debut novel, Everything Is Illuminated. Now, with humor, tenderness, and awe, he confronts the traumas of our recent history.Nine-year-old Oskar Schell has embarked on an urgent, secret mission that will take him through the five boroughs of New York. His goal is to find the lock that matches a mysterious key that belonged to his father, who died in the World Trade Center on the morning of September 11. This seemingly impossible task will bring Oskar into contact with survivors of all sorts on an exhilarating, affecting, often hilarious, and ultimately healing journey.

@govmarley
Reviewed: 2015-11-28
Man, did this book make me wear heavy boots. I'm probably going to be wearing them for a few days after finishing this.

Oskar lost his father in the 9/11 attacks. Much like [b:The Curious Incident of the Dog in the Night-Time|1618|The Curious Incident of the Dog in the Night-Time|Mark Haddon|https://d.gr-assets.com/books/1327882682s/1618.jpg|4259809], he is a young boy trying to solve a mystery that really holds deeper meaning to understanding his entire life. But, this isnât just Oskarâs journey through grief; this is also about Oskarâs grandmother, grandfather, and his mother, too.

Is it uniquely written and a little gimmicky? Yes, but it worked for the narrative. Unique like Oskar, like his grandfather, like his grandmother, the different parts of the book fit together to tell the story of a family who have experienced and endured grief, joy, and all of the other parts of life that make it special.