Among the Free (The Shadow Children #7) 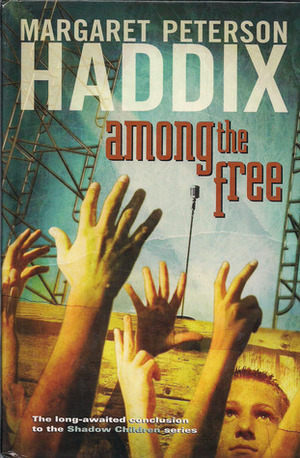 Margaret Peterson Haddix
"Enough games," the man said, raising the gun yet again. "And enough of the Population Police, I say." This time he cocked the gun and aimed carefully. This is real, Luke thought. This is really going to happen. "No, don't!" he screamed. Luke Garner is a third-born in a restrictive society that allows only two children per family. Risking his life, he came out of hiding to fight against the Population Police laws. Now, in the final volume of Margaret Peterson Haddix's suspenseful Shadow Children series, Luke inadvertently sets off a rebellion that results in the overthrow of the government. The people are finally free. But who is in charge now? And will this new freedom be everything they had hoped? With all of the plot twists and excitement Haddix's fans have come to expect, Among the Free brings the Shadow Children sequence to a chilling conclusion.