Servant of Aphrodite, The 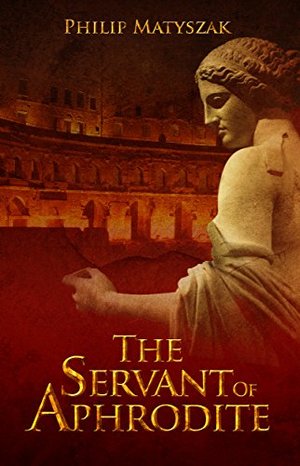 Philip Matyszak
After returning from the dead - or at least from the river Arausio - Lucius Panderius finds himself back in Rome, and an unwilling participant in the snake-pit of Roman politics. Whether dodging assassins in the back-alleys, or ducking missiles at political rallies, our hero finds that the streets of his home city can be just as dangerous as the battlefield. And on the battlefield, at least you know who your enemies are ... Rome, 104 BC is a city on edge; torn by social conflict and threatened with destruction by a massive barbarian invasion. To survive the turmoil, Lucius Panderius needs to be every bit as ruthless and duplicitous as his shadowy and powerful enemies. '"The Servant of Aphrodite"' is the second of the Panderius Papers, and as with its predecessor, this novel combines detailed historical research with non stop action and adventure. ABOUT THE AUTHOR Philip Matyszak has a doctorate in Roman history from St John's College, Oxford University and is the author of many books on Ancient History, including the best-selling "Ancient Rome on Five Denarii a Day" and "Legionary: The Roman Soldier's (Unofficial) Manual." He teaches e-learning courses in Ancient History for the Institute of Continuing Education at Cambridge University. "The Servant of Aphrodite" is the sequel to "The Gold of Tolosa" and is the second novel in his 'Lucius Panderius' series. For more information visit: www.matyszakbooks.com