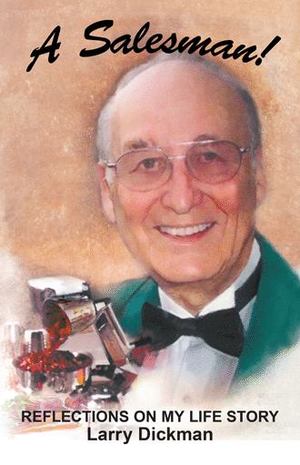 Larry Dickman
Larry Dickman's story began on a small farm outside of Hammond, Minnesota, where he was born in 1934. When the family moved to Oregon, Larry's mother grew tired of her husband's nonstop drinking. She gave her son a choice: Come with her and his sister or stay with his father. He made the wrong choice by staying with his dad, but things brightened up at a church social when he met Elaine Rogers, the girl he'd marry after serving a few years in the U.S. Navy. Becoming a family man meant paying bills, and he stumbled into selling cookware. At first, he made $50 for every set of cookware he sold, and he felt rich. From there, it was on to selling sewing machines and cars before he joined Saladmaster. In this memoir, he shares critical lessons for sales professionals, including how to: qualify referrals in tactful ways; get follow-up appointments; and embrace change even when you like the status quo. Fifty years in direct sales has given Larry exciting lessons to share for professionals in all fields. Get ready to be delighted by the adventures of A Salesman! There are a few special people in the world who have lifted themselves up from modest beginnings to special, rewarding lives based on faith, integrity, and happiness. This book shares life lessons and wisdom from one of those special people who has, in fact, changed lives. --Keith Peterson, president, Saladmaster