Adorno and the Ends of Philosophy 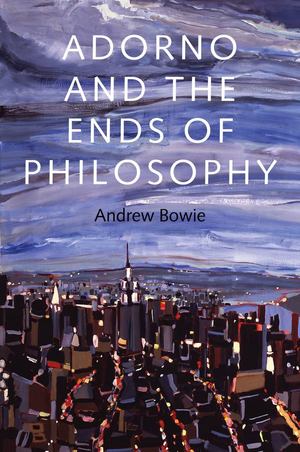 Andrew Bowie
Theodor Adorno's reputation as a cultural critic has been well-established for some time, but his status as a philosopher remains unclear. In Adorno and the Ends of Philosophy Andrew Bowie seeks to establish what Adorno can contribute to philosophy today. Adorno's published texts are notably difficult and have tended to hinder his reception by a broad philosophical audience. His main influence as a philosopher when he was alive was, though, often based on his very lucid public lectures. Drawing on these lectures, both published and unpublished, Bowie argues that important recent interpretations of Hegel, and related developments in pragmatism, echo key ideas in Adorno's thought. At the same time, Adorno's insistence that philosophy should make the Holocaust central to the assessment of modern rationality suggests ways in which these approaches should be complemented by his preparedness to confront some of the most disturbing aspects of modern history. What emerges is a remarkably clear and engaging re-interpretation of Adorno's thought, as well as an illuminating and original review of the state of contemporary philosophy. Adorno and the Ends of Philosophy will be indispensable to students of Adorno's work at all levels. This compelling book is also set to ignite debate surrounding the reception of Adorno's philosophy and bring him into the mainstream of philosophical debate at a time when the divisions between analytical and European philosophy are increasingly breaking down.