Act of Thinking, The 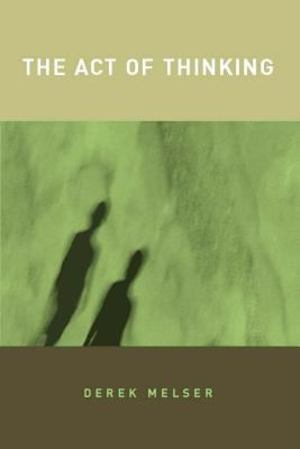 Derek Melser
A new theory proposes that thinking is a learned action. In this remarkable monograph, Derek Melser argues that the core assumption of both folk psychology and cognitive science--that thinking goes on in the head--is mistaken. Melser argues that thinking is not an intracranial process of any kind, mental or neural, but is rather a learned action of the person. After an introduction in which he makes a prima facie case that thinking is an action, Melser reviews action-based theories of thinking advanced by Ryle, Vygotsky, Hampshire and others. He then presents his own theory of "token concerting," according to which thinking is a special kind of token performance, by the individual, of certain social, concerted activity. He examines the developmental role of concerted activity, the token performance of concerted activity, the functions of speech, the mechanics and uses of covert tokening, empathy, the origins of solo action, the actional nature of perception, and various kinds and aspects of mature thinking. In addition, he analyzes the role of metaphors in the folk notion of mind. While intending his theory as a contribution to the philosophy of mind, Melser aims also at a larger goal: to establish actions as a legitimate philosophical given, self-explanatory and sui generis. To this end, he argues in the final chapter against the possibility of scientific explanation of actions. The Act of Thinking opens up a large new area for philosophical research.