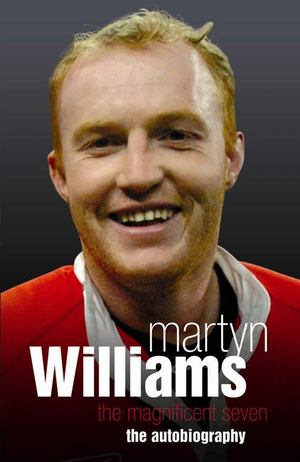 Martyn Williams
Determined, dedicated, and dogmatic, Martyn Williams is the inspiring lynchpin who has steered club and country to victory in inimitable style. Martyn made his Wales debut at 20 and won the Welsh league title with Pontypridd the following year. Twice a British Lion, his finest hour came in Wales' Six Nations championship Grand Slam of 2005. In this insightful autobiography, Martyn reveals that he is more than just a rugby superstar. He speaks candidly about the personal tragedies of losing both his mother and brother to cancer and of the challenges of juggling his sporting commitments with being a husband and father to his two children. Martyn also speaks for the first time about the controversial departure of Mike Ruddock as coach of the national team, the drinking culture in Welsh rugby in the early years of professionalism, the infamous Battle of Brive, and explains why he turned down the chance to captain Wales at the 2003 World Cup. With coverage of the 2007 RBS Six Nations and revealing photos of his teammates and opponents, this is a complete look at an honest, witty, and entertaining member of the Magnificent Seven.