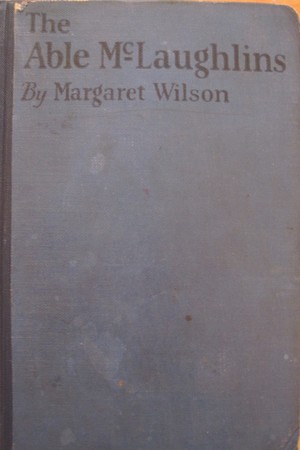 Margaret Wilson
"The Able McLaughlins, Scotch Covenanters, devoted to one another, deeply pious, but humor-loving and full of the emotion and sentiment which exists under the craggy Scotch exterior, are leaders in a pioneer Iowa community, Isobel McLaughlin, mother of ten, and Wully, the oldest son, are characters in whom one feels the spirit and intelligence and dauntless courage that carved out our Western States. The story is Wully's -- his wooing, his bride, his home building and the fine triumphant victory to which the end of the book brings him." *** The Able McLaughlins won the Pulitzer Prize for the Novel in 1924.