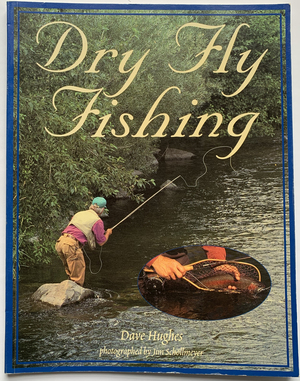 Dave Hughes
Dedication To my Sister: Frances Grace Burham Acknowledgements ests for the photos in this book er where the photos were eautiful flies for the plates. Ted Guido Rahr, Jr. gracefully performed many of the casts for the photos ir His gracious family provided access to some of the water where the ph shot. John Rodriguez, given short notice, tied the beautiful flies for the Leeson braved the brawling Madison River to make cast after cast whil Schollmeyer took shot after shot. I always owe more thanks to Jim than I ca explain. Dave Hughes co-authored the classic Western Hatches with Rick Hafele. His other books include Deschutes, The Yellowstone River and Its Angling, Strategies for Stillwater, and the four-book Strategies for Streams series. In 1983 Dave was founding president of Oregon Trout. In 1985 he was award- ed the Lew Jewett Memorial Life Membership in the Federation of Fly Fishers. In 1992 the Flyfisher's Club of Oregon presented the Vernon S. "Pete" Hidy award to Dave for his significant contributions to angling literature. He makes his home in Portland, Oregon. Jim Schollmeyer is author of Deschutes Hatches. His photos have appeared in Field & Stream, Fly Fisherman Magazine, Fly Rod & Reel, Flyfishing, Salmon Trout Steelheader, and many oth- ers. His previous book pictorial projects include Desc and the acclaimed photos in Randle Scott Stetzers The Best One Thousand. Schollmeyer is a well-known su on Oregon's Deschutes River. He makes his non Salem, Oregon. ©1994 by Dave Hughes ALL RIGHTS RESERVED. No part of this book may be reproduced without the written consent of the publisher, except in the case of brief excerpts in critical reviews and articles. Book Design: Tony Amato Printed in Hong Kong