Trouble with Islam, The 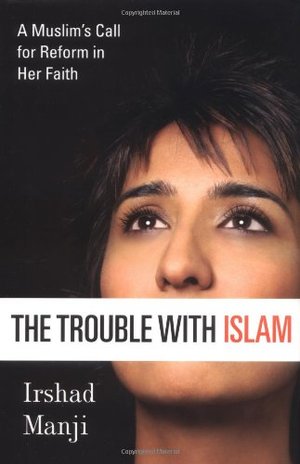 Irshad Manji
"I have to be honest with you. Islam is on very thin ice with me....Through our screaming self-pity and our conspicuous silences, we Muslims are conspiring against ourselves. We're in crisis and we're dragging the rest of the world with us. If ever there was a moment for an Islamic reformation, it's now. For the love of God, what are we doing about it?" In blunt, provocative, and deeply personal terms, Irshad Manji unearths the troubling cornerstones of mainstream Islam today: tribal insularity, deep-seated anti-Semitism, and an uncritical acceptance of the Koran as the final, and therefore superior, manifesto of God. In this open letter to Muslims and non-Muslims alike, Manji asks arresting questions. "Who is the real colonizer of Muslims - America or Arabia? Why are we all being held hostage by what's happening between the Palestinians and the Israelis? Why are we squandering the talents of women, fully half of God's creation? What's our excuse for reading the Koran literally when it's so contradictory and ambiguous? Is that a heart attack you're having? Make it fast. Because if more of us don't speak out against the imperialists within Islam, these guys will walk away with the show." Manji offers a practical vision of how the United States and its allies can help Muslims undertake a reformation that empowers women, promotes respect for religious minorities, and fosters a competition of ideas. Her vision revives Islam's lost tradition of independent thinking. This book will inspire struggling Muslims worldwide to revisit the foundations of their faith. It will also compel non-Muslims to start posing the important questions without fear of being deemed "racists." In more ways than one, The Trouble with Islam is a clarion call for a fatwa-free future.