Lunch With a Bigot 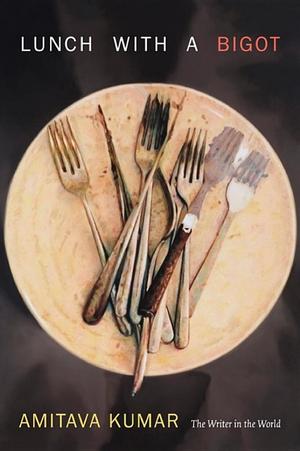 Amitava Kumar
To be a writer, Amitava Kumar says, is to be an observer. The twenty-six essays in Lunch with a Bigot are Kumar's observations of the world put into words. A mix of memoir, reportage, and criticism, the essays include encounters with writers Salman Rushdie and Arundhati Roy, discussions on the craft of writing, and a portrait of the struggles of a Bollywood actor. The title essay is Kumar's account of his visit to a member of an ultra-right Hindu organization who put him on a hit-list. In these and other essays, Kumar tells a broader story of immigration, change, and a shift to a more globalized existence, all the while demonstrating how he practices being a writer in the world.