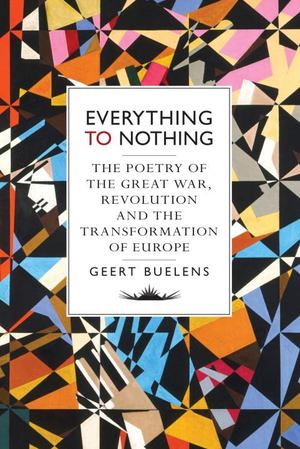 Geert Buelens
The First World War changed the map of Europe forever; empires collapsed, new countries emerged, revolutions shocked and inspired the world. The Great War is often referred to as 'the literary war,' the war that saw both the birth of modernism and the precursors of futurism. During the first few months in Germany alone there were over a million poems of propaganda written. In this cultural history of the First World War, the conflict is seen the point of view of poets and writers from all over Europe, including Rupert Brooke, Alexander Blok, James Joyce, Fernando Pessoa, Andre Breton and Siegfried Sassoon. Everything to Nothing is a transnational history of how nationalism and internationalism defined both the war itself and post- war dealings-revolutionary movements, wars for independence, civil wars, Versailles-and of how poets played a vital role in defining the stakes, ambitions and disappointments of the postwar Europe.