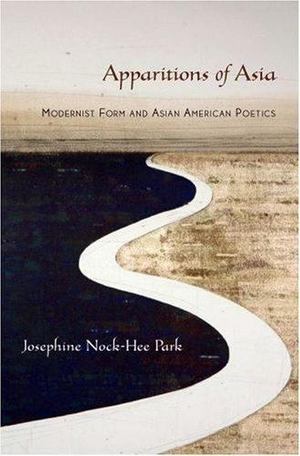 Josephine Park
Walt Whitman called the Orient "The Past! the Past! the Past!" but East Asia was remarkably present for the United States in the twentieth century. Apparitions of Asia reads American literary expressions of a century of U.S.-East Asian alliances in which the Far East is imagined as near andcontemporary. Commercial and political bridges across the Pacific generated American literary fantasies of ethical and spiritual accord; Apparitions of Asia examines American bards who capitalized on these ties and interrogates the price of such intimacies for Asian American poets.Park begins her literary history with the poetry of Ernest Fenollosa, who called for 'The Future Union of East and West.' From this prime instigator of the Gilded Age, she newly considers the Orient of Ezra Pound, who turned to China to lay the groundwork for his poetics and ethics. Park arguesthat Pound's Orient was bound to his America, and she traces this American-East Asian nexus into the work of Gary Snyder, who found a native American spirituality in Zen. The second half of Apparitions of Asia considers the creation of Asian America against this backdrop of transpacific alliances.Park analyzes the burden of American Orientalism for Asian American poetry, and she reads the innovations of Lawson Fusao Inada as a critique of this literary past. Apparitions of Asia concludes by considering two Asian American poets, Theresa Hak Kyung Cha and Myung Mi Kim, who return to modernistforms in order to reveal a history of American interventions in East Asia.