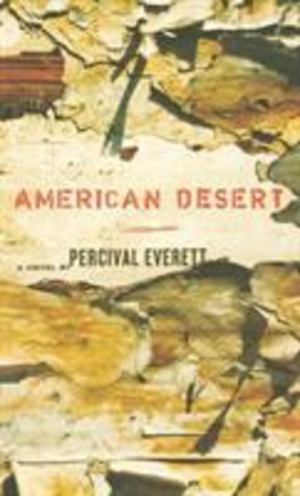 Percival Everett
Part parable, part fantasy novel, part laugh-out-loud satire, American Desert is the story of Theodore Street, a college professor on the brink of committing suicide. When the decision is taken out of his hands--he's hit by a car and his head is severed from his body--he must come to terms with himself. At his funeral, he sits up in his own coffin with the stitches that bind his head to his body clearly visible. Everyone is horrified by this resurrection. He becomes a source of fear and embarrassment to his daughter, and an object of derision and morbid curiosity to the press and the scientific communities, and is anointed as a sort of devil by an obscure religious cult. In the process, Theodore manages to reestablish his relationship with his estranged wife and family and to rediscover the value of his life. In this experimental, satirical, and bizarre novel, critically acclaimed author Percival Everett once again takes on the assumptions of a culture whose priorities have gone out of whack. He lampoons the press, religion, and academia while offering, ultimately, an existential meditation of what constitutes being alive.