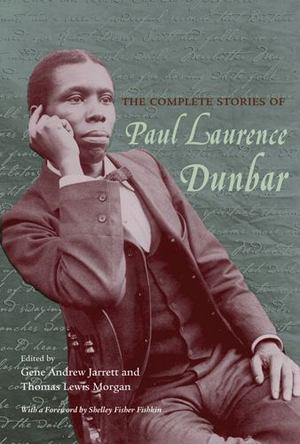 Paul Dunbar, Thomas Lewis Morgan (Editor), Gene Andrew Jarrett (Editor), Shelley Fisher Fishkin (Foreword by)
An ALA "Best of the Best" Book The son of former slaves, Paul Laurence Dunbar was one of the most prominent figures in American literature at the turn of the twentieth century. Thirty-three years old at the time of his death in 1906, he had published four novels, four collections of short stories, and fourteen books of poetry, as well as numerous songs, plays, and essays in newspapers and magazines around the world. In the century following his death, Dunbar slipped into relative obscurity, remembered mainly for his dialect poetry or as a footnote to other more canonical figures of the period. The Complete Stories of Paul Laurence Dunbar showcases his gifts as a writer of short fiction and provides key insights into the tensions and themes of Dunbar's literary achievement. The 104 stories written by Dunbar between 1890 and 1905 reveal Dunbar's attempts to maintain his artistic integrity while struggling with America's racist stereotypes. Making them available for the first time in one convenient, comprehensive, and definitive volume, The Complete Stories of Paul Laurence Dunbar illustrates the complexity of his literary life and legacy.