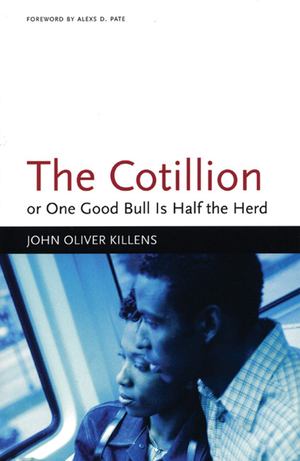 John Oliver Killens, Alexs D. Pate (Introduction by)
Beautiful, high-stepping Yoruba of Harlem is invited to the annual cotillion thrown by African American high society of Queens. Caught between the indifference of her father, the excitement of her social-climbing mother, and her prodigal boyfriend's militancy, Yoruba persuades her sister debutantes to challenge the aging doyennes in one of the most sidesplitting scenes in American literature. Nominated for a Pulitzer in 1972, Killens's uproarious satire captures the conflicts within black society in the 1960s.The Cotillion is the fourth title in Coffee House Press's acclaimedBlack Arts Movement series. John Oliver Killens was born in Macon, Georgia in 1916. Co-founder of the Harlem Writers Guild, he taught at Howard and Columbia Universities. His other novels includeAnd Then We Heard the Thunder,andThe Great Black Russian.