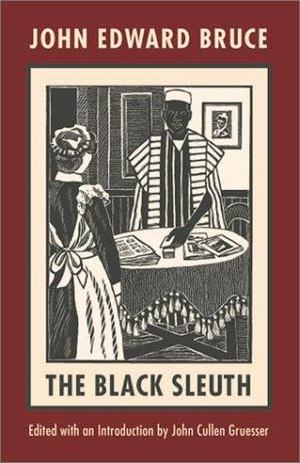 John Edward Bruce, John Cullen Gruesser (Editor, Introduction by)
Originally serialized in McGirt's Magazine between 1907 and 1909, The Black Sleuth is one of the earliest African American fictional works to depict a black detective and thus a forerunner of novels by writers such as Rudolph Fisher, Chester Himes, Walter Mosely, Barbara Neely, and Valerie Wilson Wesley. Now published for the first time in book form, this fascinating yet idiosyncratic mystery centers on West African protagonist Sadipe Okukenu, who comes to the United States to pursue his education in Maine and the American South. The tale follows Sadipe's student years, his successful career as a brilliant sleuth in England and on the European mainland, and his investigation of the theft of a large, flawless diamond. But The Black Sleuth is much more than a detective story. John Edward Bruce employs conventions from popular fiction and an extended "African abroad" plot to boldly attack and ridicule white prejudice and racial injustice in the United States and elsewhere. His narrative not only counters the dominant Eurocentric view of the world with a Black Atlantic perspective, but also educates his black readers about Africa, Western imperialism, and, perhaps most importantly, themselves. Notable in the novel is Bruce's technique of placing white American characters in distant locations, namely Africa and England, to underscore by contrast their prejudiced beliefs and language. Similarly, through his African hero's experiences in the United States, particularly his encounters with white Southerners, Bruce voices a call to blacks to fight racial intolerance and unleashes a potent condemnation of the accommodationist policies of Booker T. Washington and his Tuskegee Institute. This edition of The Black Sleuth will intrigue both scholars and general readers, and it will restore a remarkable yet neglected writer to his rightful place in African American history and literature.