Collected Stories of Moacyr Scliar, The 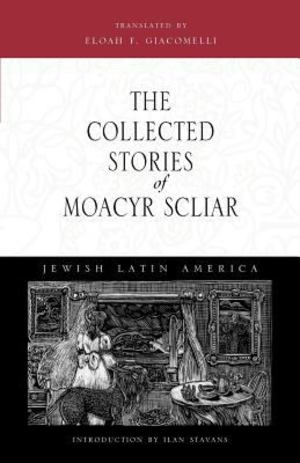 Eloah F. Giacomelli (Translator), Ilan Stavans (Introduction by), Moacyr Scliar
From Brazil's most distinguished and important Jewish writer comes this anthology comprised of six collections: in The Carnival of the Animals, Scliar uses political allegory to convey what was normally censored during the height of repression under Brazil's military regime. These tragicomic stories reveal Scliar's interest in issues of oppression, persecution, holocaust, mutability, and the interplay between good and evil. The Ballad of the False Messiah develops the theme of postponement in the sense that for Jews redemption is always postponed in a vain wait for the Messiah. In The Tremulous Earth Scliar explores cruelty and violence in the tenuous lives of his characters, but his experience as a medical doctor informs his compassion for human frailty. Scliar expands his use of fantasy and magical realism in The Dwarf in the Television Set in topics that range from Jewish prophets to marital revenge. The Enigmatic Eye has been described as a masterpiece evoking the enigmas of art and life, and in Van Gogh's Ear, Scliar uses dark and subtle humor in a collection of biblical parables. Here witchcraft, magic, conundrums, and labyrinths are shown to be part of everyday life. A final autobiographical piece ties the collections together in which Scliar discusses his membership in Jewish, medical, gaucho, and Brazilian "tribes." These powerful stories, individually humorous, bleak, or haunting, together bring a compelling voice of the Jewish Diaspora to the wide readership it deserves.