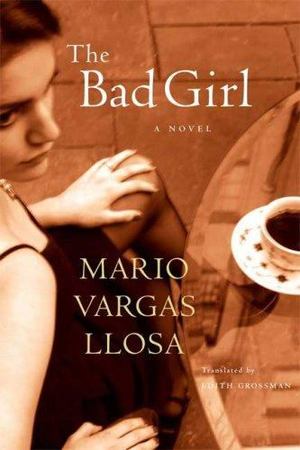 Mario Vargas Llosa, Edith Grossman (Translator)
Ricardo Somocurcio is in love with a bad girl. He loves her as a teenager known as "Lily" in Lima in 1950, when she arrives one summer out of the blue, claiming to be from Chile but vanishing the moment her claim is exposed as fiction. He loves her next in Paris, where she appears as the enchanting "Comrade Arlette," an activist en route to Cuba, and becomes his lover, albeit n icy, remote one who denies knowing anything about the ily of years gone by. Whoever the bad girl turns up as--whether t's Madame Robert Arnoux, the wife of a high-ranking UNESCO fficial, or Kuriko, the mistress of a sinister Japanese businessman--and however poorly she treats him, Ricardo is doomed to worship her. nbsp; The protean Lily, gifted liar and irresistible, maddening muse--does Ricardo ever know who she really is? The answer is as unclear s what has become of Ricardo himself, a lifelong expatriate hadowed by the sense that he is only ever drifting. In MarioVargas Llosa's beguiling new novel, the strange bedfellows of good and bad turn out not to be what they appear.