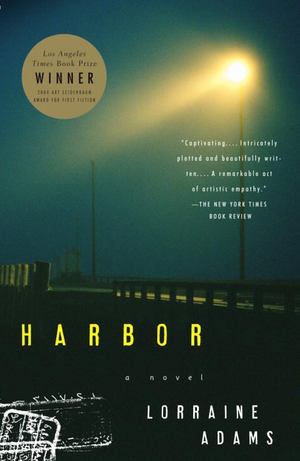 Lorraine Adams
A New York Times and Washington Post Notable BookEntertainment Weekly's #1 Fiction Book of the YearA tremendously acclaimed and exquisitely realized novel of literary suspense, Harbor recounts the adventures of Aziz Arkoun who, at twenty-four, makes his way to America via the hold of an Algerian tanker and the icy waters of Boston harbor. Aziz soon finds himself a community of fellow Algerians, but their means of survival in this strange land begins to remind him of the dangerous world he was desperate to escape. As the story of Aziz and his friends unfolds, moving from East Boston and Brooklyn to Montreal and a North African army camp, Harbor takes us inside the ambiguities of these men's past and present lives. When Aziz discovers that he and his circle are most likely under surveillance, all assumptions, his and ours, dissolve in urgent, mesmerizing complexity. nbsp;