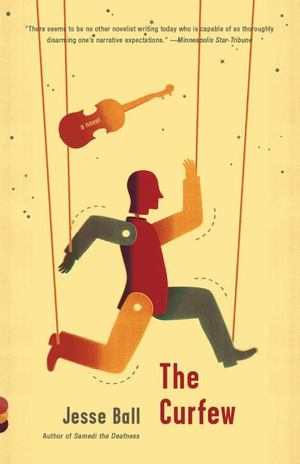 Jesse Ball
William and Molly lead a life of small pleasures, riddles at the kitchen table, and games of string and orange peels. All around them a city rages with war. When the uprising began, William's wife was taken, leaving him alone with their young daughter. They keep their heads down and try to remain unnoticed as police patrol the streets, enforcing a curfew and arresting citizens. But when an old friend seeks William out, claiming to know what happened to his wife, William must risk everything. He ventures out after dark, and young Molly is left to play, reconstructing his dangerous voyage, his past, and their future. An astounding portrait of fierce love within a world of random violence, The Curfew is a mesmerizing feat of literary imagination.