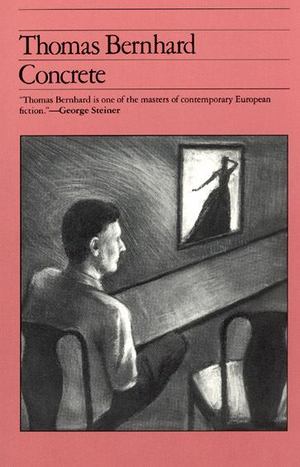 Thomas Bernhard, David McLintock (Translator)
Instead of the book he's meant to write, Rudolph, a Viennese musicologist, produces this tale of procrastination, failure, and despair, a dark and grotesquely funny story of small woes writ large and profound horrors detailed and rehearsed to the point of distraction. "Certain books—few—assert literary importance instantly, profoundly. This new novel by the internationally praised but not widely known Austrian writer is one of those—a book of mysterious dark beauty . . . . [It] is overwhelming; one wants to read it again, immediately, to re-experience its intricate innovations, not to let go of this masterful work."—John Rechy, Los Angeles Times "Rudolph is not obstructed by some malfunctions in part of his being—his being itself is a knot. And as Bernhard's narrative proceeds, we begin to register the dimensions of his crisis, its self-consuming circularity . . . . Where rage of this intensity is directed outward, we often find the sociopath; where inward, the suicide. Where it breaks out laterally, onto the page, we sometimes find a most unsettling artistic vision."—Sven Birkerts, The New Republic