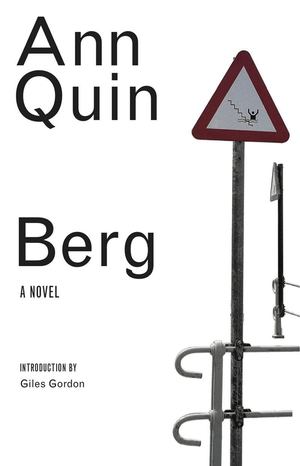 Ann Quin, Giles Gordon (Introduction by)
"A man called Berg, who changed his name to Greb, came to a seaside town intending to kill his father...." So begins Ann Quin's first novel, which has been compared to the fiction of Samuel Beckett and Nathalie Sarraute. Against the backdrop of this gritty seaside town, an absurd and brutal plot develops involving three characters--Alistair Berg, his father, and their mutual mistress. In his attempt to kill his father, Berg mutilates a ventriloquist's dummy, almost falls victim to his father's mistaken sexual advances, and is relentlessly taunted by a group of tramps. Disturbing and at times startlingly comic, "Berg" chronicles the interrelations among these three characters as they circle one another in an escalating spiral of violence. A member of a group of British avant-garde writers that included B. S. Johnson and Eva Figes, Ann Quin is one of the best kept secrets of British contemporary experimental writing. She published four novels before her death at the age of 37.