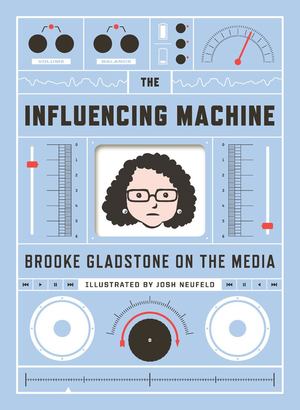 Brooke Gladstone, Josh Neufeld
Nearly one million weekly listeners trust NPR's Brooke Gladstone to guide them through the distortions and complexities of the modern media. This brilliant radio personality now bursts onto the page as an illustrated character in vivid comics drawn by acclaimed artist Josh Neufeld. The cartoon of Brooke conducts the reader through two millennia of history-from the newspapers in Caesar's Rome to the penny press of the American Revolution and the manipulations of contemporary journalism. Gladstone's manifesto debunks the notion that "The Media" is an external force, outside of our control, since we've begun directly constructing, filtering, and responding to what we watch and read. With fascinating digressions, sobering anecdotes, and brave analytical wit, The Influencing Machine equips us to be smart, savvy, informed consumers and shapers of the media. It shows that we have met the media and it is us. So now what?