What Does Europe Want? 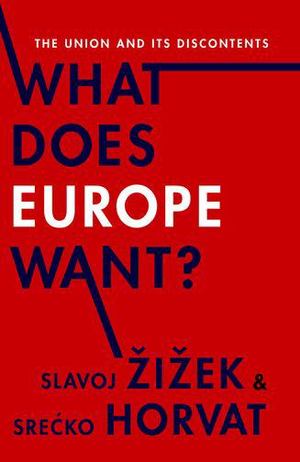 Slavoj iek, Srecko Horvat
Slavoj Zizek and Srecko Horvat combine their critical clout to emphasize the dangers of ignoring Europe's growing wealth gap and the parallel rise in right-wing nationalism, which is directly tied to the fallout from the ongoing financial crisis and its prescription of imposed austerity. To general observers, the European Union's economic woes appear to be its greatest problem, but the real peril is an ongoing ideological-political crisis that threatens an era of instability and reactionary brutality. The fall of communism in 1989 seemed to end the leftist program of universal emancipation. However, nearly a quarter of a century later, the European Union has failed to produce any coherent vision that can mobilize people to action. Until recently, the only ideology receptive to European workers has been the nationalist call to "defend" against immigrant integration. Today, Europe is focused on regulating the development of capitalism and promoting a reactionary conception of its cultural heritage. Yet staying these courses, Zizek and Horvat show, only strips Europe of its power and stifles its political ingenuity. The best hope is for Europe to revive and defend its legacy of universal egalitarianism, which benefits all parties by preserving the promise of equal representation.