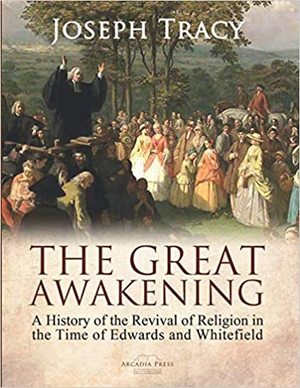 Joseph Tracy
The Great Awakening refers to a number of periods of religious revival in American Christian history. Historians and theologians identify three or four waves of increased religious enthusiasm occurring between the early 18th century and the late 20th century. Each of these "Great Awakenings" was characterized by widespread revivals led by evangelical Protestant ministers, a sharp increase of interest in religion, a profound sense of conviction and redemption on the part of those affected, an increase in evangelical church membership, and the formation of new religious movements and denominations.This volume is the history of the religious revival in America in the mid to late 18th century and remains second to none in its definitive treatment of one of the most important and remarkable eras in the history of the Christian church in modern times.